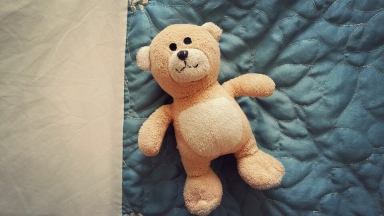 I’m not really sure when it was during our pregnancy that Evalyn became a possible name on our ‘baby name list’.

We had a couple of possible names for a boy but for some reason we just couldn’t find the right one for a girl. It was made all the more difficult because we wanted a name that would somehow complement Ieuan’s. His name was chosen due to Nick being Welsh and my family having Welsh roots and although barely anybody can ever pronouce it right (“Yigh-un”) I loved that it was so unusual. It seemed even more fitting that it is also the Welsh name for John, my Dad’s name, and served as a beautiful tribute to him.

But for our second child? Names just proved a little tougher. Seven months into our pregnancy we still hadn’t finalised a girls name. But there was always one name I kept coming back to . . . . . .

I don’t know when I first thought of it or how the name had first found it’s way into my head. But it was there and every time me and Nick would talk about a possible girls name, Evalyn always got mentioned. Yes, it wasn’t Welsh and yes, it wasn’t a name that we would have to repeat over and over again to strangers so that they would get it right (“YIGH-UN . . . . . It rhymes with Ryan but begins with a ‘Yigh’ sound”) but it was a name that, for some reason, wouldn’t disappear.

“What could it be shortened to?,” Nick asked one night when we were going over our lists.

On the 7th November 2016, the day before our daughter was born sleeping and in those hours when she was kicking me for the last time, I finally settled on a girl’s name.

But it wasn’t Evalyn.

It was a different name. It was a Welsh name that I hadn’t even considered before but for some reason, it felt right. Nick liked it too and I sat on the sofa quietly smug with myself that I had chosen a girls name with only two weeks to spare. At last, our baby had a name. . . . .

Twenty Four hours later I found myself looking down at the little baby lying still in her cot and my new name didn’t seem to fit. My new name wasn’t right. The new name I had chosen would never be right for our little girl.

“I think we should call her Evalyn,” I said to Nick as we desperately tried to take in every inch of her.

“I think so too,” he whispered, “It was always Evalyn.”

And he was right. Looking down at her little face, she could not have looked more like an Evalyn. And in a way, her name reminded me that that she will forever be mine. Forever Lyndsey. For Evalyn.

It was my mum who discovered the two little teddy bears in her memory box. I couldn’t bring myself to open the box and I still haven’t to this day. But my mum walked back into the hospital room carrying them and it seemed appropriate that Evalyn and Ieuan should have matching teddies. We were meant to buy them a teddy bear each in the weeks before but we kept forgetting and seeing the bears in my mother’s hands made me realise why. These were the teddies Ieuan and Evalyn were meant to have.

Evalyn’s teddy bear stayed with her at the hospital after we had left. It snuggled up to her at the funeral home. It travelled with her in her little wicker basket on the way to her funeral and it was set free along with her when we scattered her ashes.

Ieuan’s teddy bear snuggled up to Evalyn for a little while at the hospital before we said Goodbye. I tucked it under her arm and she cuddled it for her big brother and kept it safe until the time came when we had to leave. That image will forever be etched into my mind. It was in that moment that I remembered what my nickname for Evalyn would’ve been and I realised this teddy bear already had a name.

This is the teddy we took home to Ieuan from his sister and it’s amazing how big a part of your family a teddy bear can become.

Ieuan sleeps with this teddy bear every night and has done since November 9th when we first brought her home instead of his sister. This is the only teddy that both of our children have cuddled. This is the teddy that has brought comfort to not only Ieuan, but to us also when we see how much it means to him. This is the teddy that I pick up and hold close to me every night when I check on Ieuan before placing it gently back into his embrace. This is the teddy that Ieuan will bring into our room every morning without fail exclaiming loudly, “Morning! I brought you your favourite teddy, Mum!” before handing Ela Bear to me and continuing to load up our bed with ten other teddies that we didn’t notice had come along for the ride. . . . .

It’s amazing how much the little things can mean. I will always be grateful to the people at 4Louis who provide hospitals across the UK with memory boxes. As bereaved parents themselves, they know how much these boxes and more importantly, what is inside of them can mean to a family suffering loss. Without 4Louis, we wouldn’t have memories that one day we will be strong enough to look back on. Evalyn wouldn’t have had her little teddy bear and Ieuan wouldn’t have had his Ela Bear. . . .

And at a time when your heart is completely broken, those things can mean the world.